Unlike most crusts, which have four sterigmata, species in the genus Sistotremastrum typically have six. Sistotremastrum guttuliferum is distinct in the genus for having hyphae that are full of small oil drops (called guttules, hence the specific epithet). Superficially, the creamy white sporocarp is impossible to differentiate from the many other similar looking crusts, especially given its variable appearance, so this is a group that definitely requires microscopy. Described in 2013 from the Macaronesian region (islands in the Atlantic Ocean off the coast of Africa and the Iberian peninsula), the specimen analyzed here appears to be the first confirmed report from North America.

Ecology: Collected late winter, early spring, possibly growing year-round, on the bottom of unidentified fallen wood; while first described from Macaronesia, this specimen was collected in Massachusetts, another specimen with a genetic barcode match of 99% was previously collected in Wisconsin, and recently other sequences, notably from China, have appeared on GenBank, suggesting widespread occurrence across the Northern Hemisphere.

Notes: All measurements taken in KOH stained with phloxine. The type description of Sistotremastrum guttuliferum states that guttules are only found in the subicular hyphae but in this specimen they were also prominent in the subhymenial hyphae. 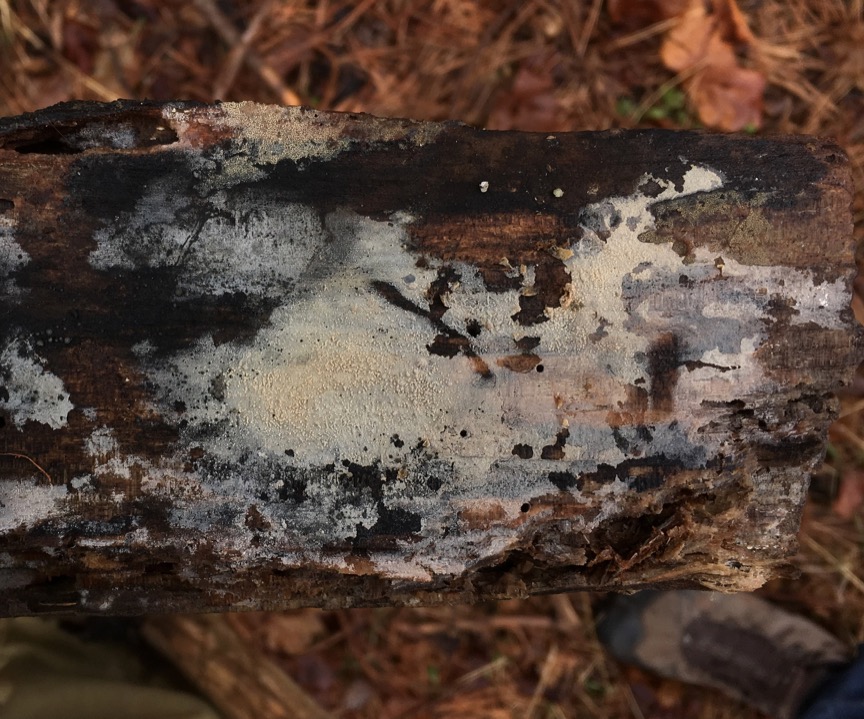 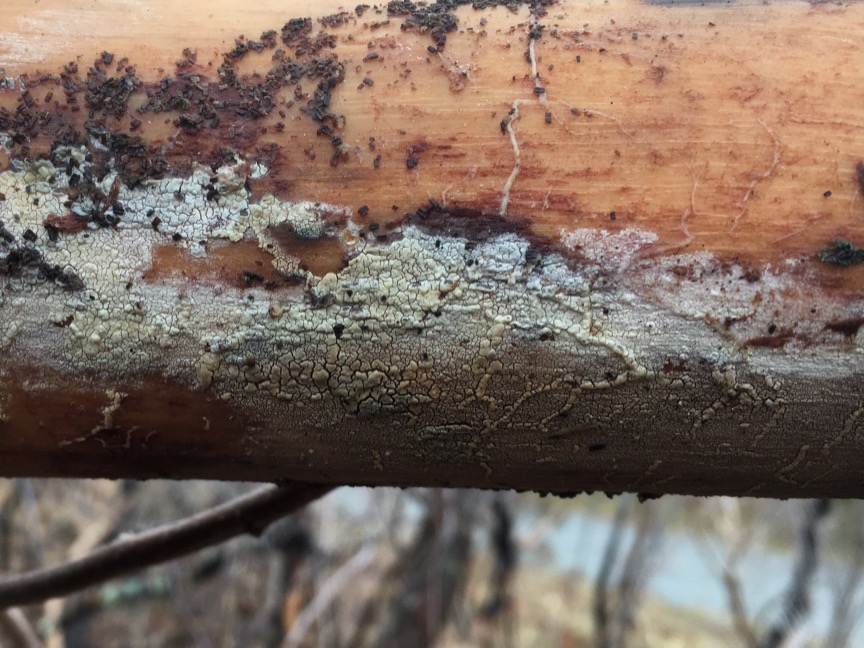 The hymenophore varies from papillate to smooth and cracked.

Basidia with 6 sterigmata and small oil droplets in the generative hyphae. 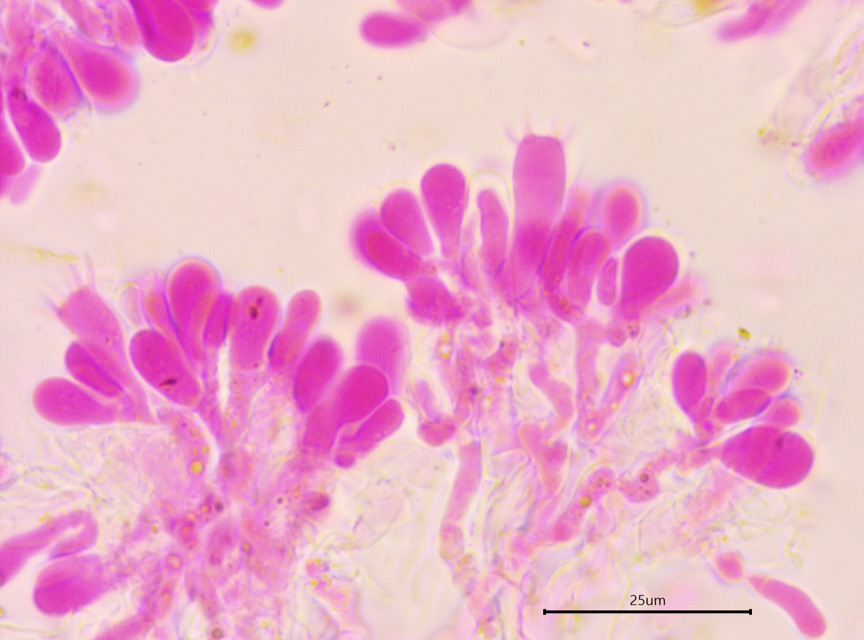 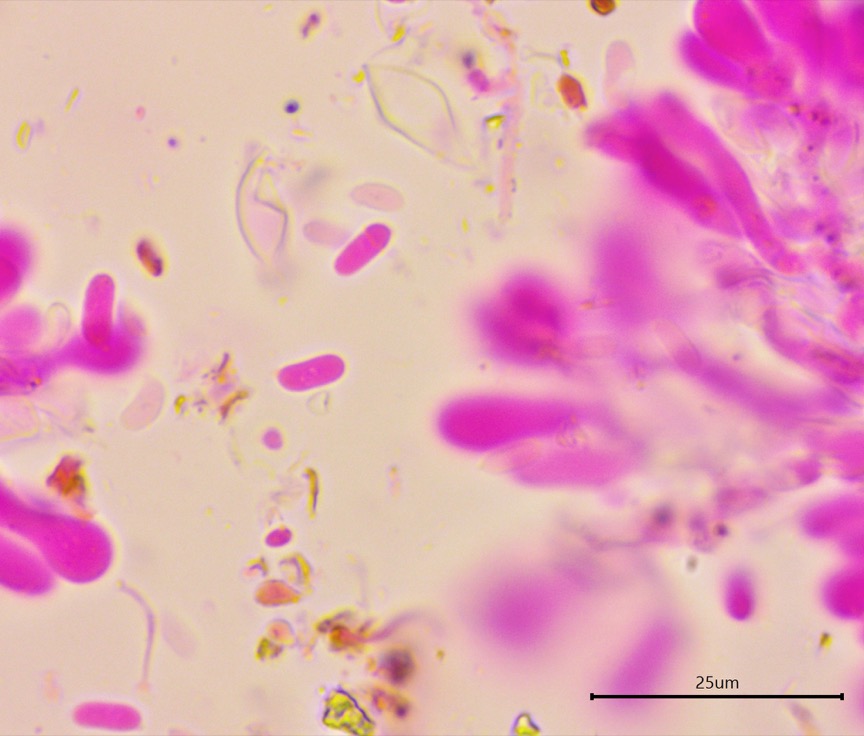 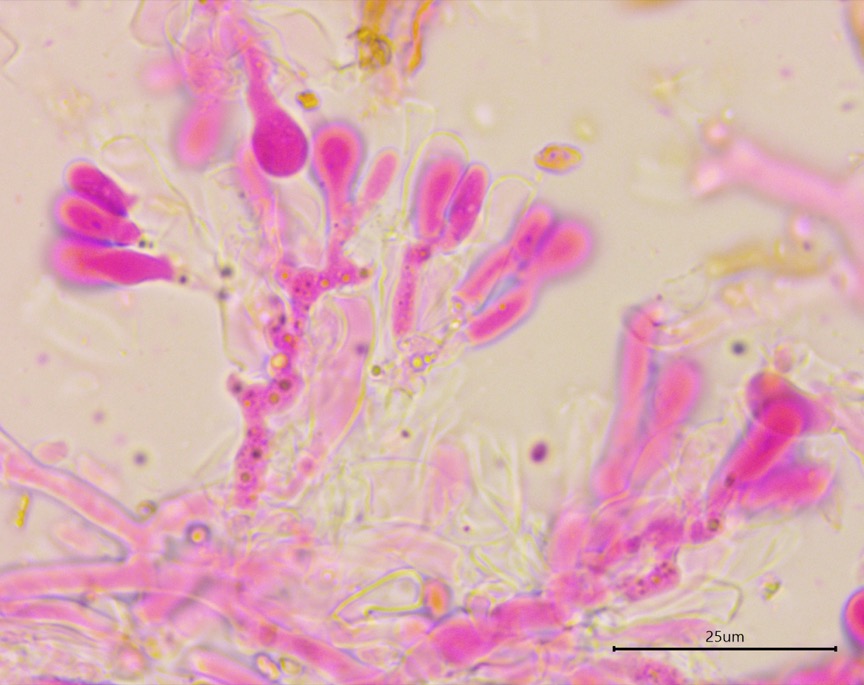 True to its name, this species has hyphae filled with guttules. 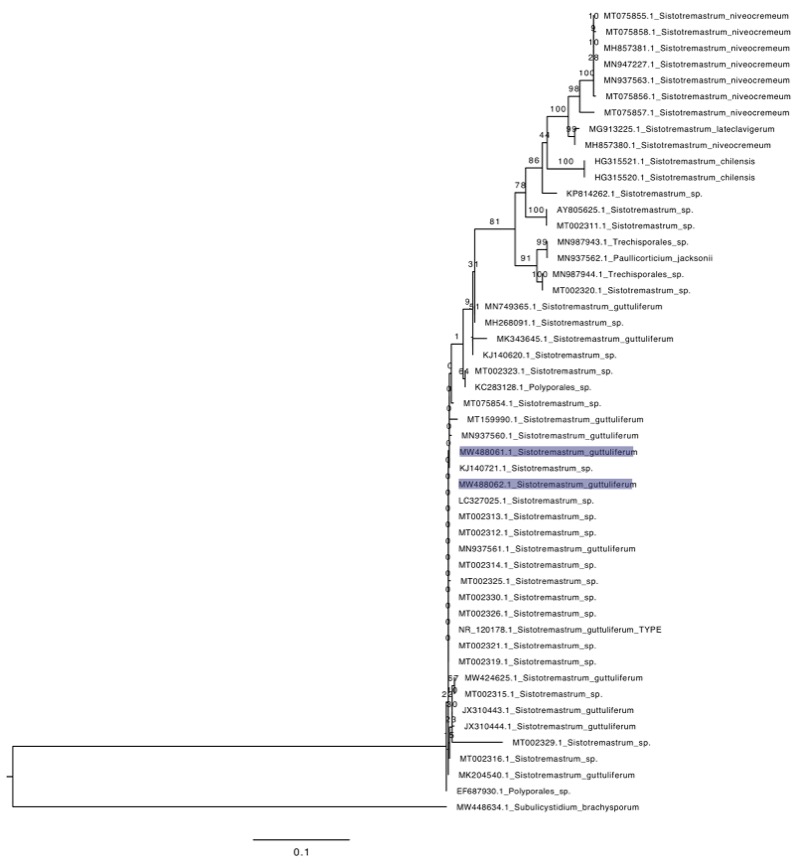 Phylogenetic tree of ITS rDNA sequences from the studied specimen (highlighted) and selected vouchered specimens on GenBank. The sequences were processed with ITSx to remove the flanking SSU and LSU partial sequences, aligned in SeaView with MUSCLE, and made into a tree with RAxML using 100 bootsrap replicates and the GTRGAMMA substitution model. Subulicystidium brachysporum serves as the outgroup.