The genus Xenasma consists of inconspicuous, whitish to bluish crusts. When fresh, they have a semitransparent, gelatinous appearance, but dry to a nearly invisible film. Unfortunately, these crusts can be as difficult to work with under the microscope as they are to see. The hyphae are small, gelatinized, and challenging to make out. The basidia and cystidia arise directly from this cryptic subiculum, which often appears embedded in the wood itself. While pleurobasidia are one of the defining features of Xenasma crusts, their hyphal origin is usually well hidden. But don't take my word for it — H. S. Jackson (1950) wrote the following about Xenasma:

The group as a whole is extremely difficult to study from dried material because of the gelatinous consistency when fresh and the vernicose ["brilliantly polished"] character when dry. Unless collections are dried quickly and were in active sporulating condition when collected, the basidia are difficult to make out. One is seldom able to view complete basidia or to trace them to the hyphae from which they originate.

Fortunately, there is one defining character of Xenasma crusts that is easy enough to see: ornamented spores. However, in all but one species, the spore ornamentation dissolves in KOH, further complicating identification. Xenasma praeteritum is the only one whose spores do not do this, a feature that makes it perhaps the easiest species to recognize in the genus.

Sterile structures: Leptocystidia present, projecting well beyond the hymenium, thin-walled or somewhat thick-walled towards the base, at least 70 µm long and about 8 µm wide.

Notes: All measurements taken in 5% KOH stained with phloxine. The microcharacters displayed by this specimen were all in all a good fit for Xenasma praeteritum as described by Jackson (1950). The basidiospores were the right size and the prominent spore ornamentation did not dissolve in KOH. However, the leptocystidia, which showed a thickening of the walls towards the base, and the number of sterigmata, of which I never observed more than four, were more reminiscent of Xenasma rimicola. 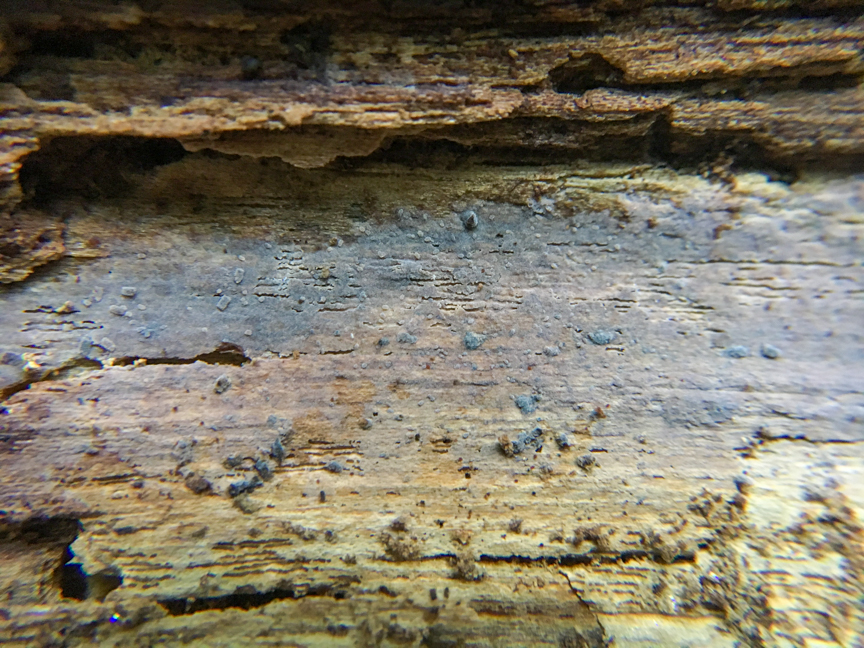 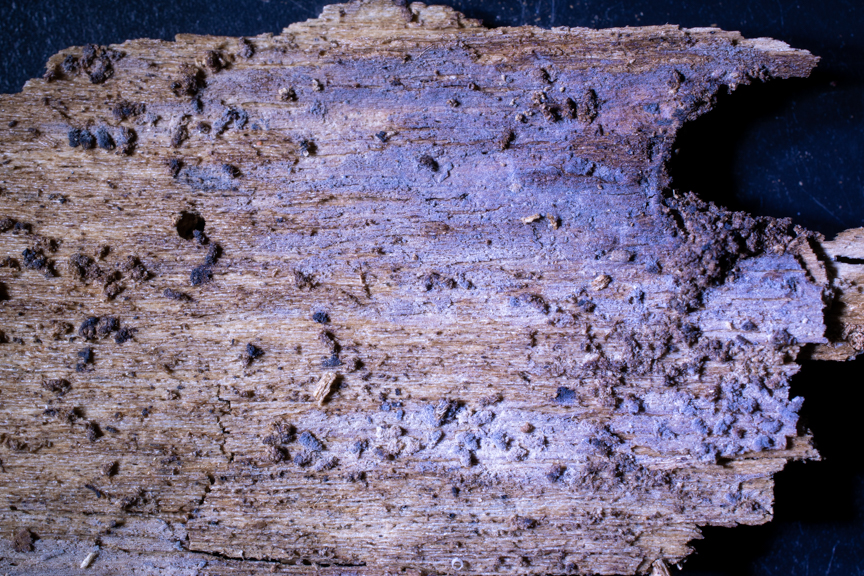 The dried basidioma has a pruinose appearance under magnification due to the projecting cystidia. 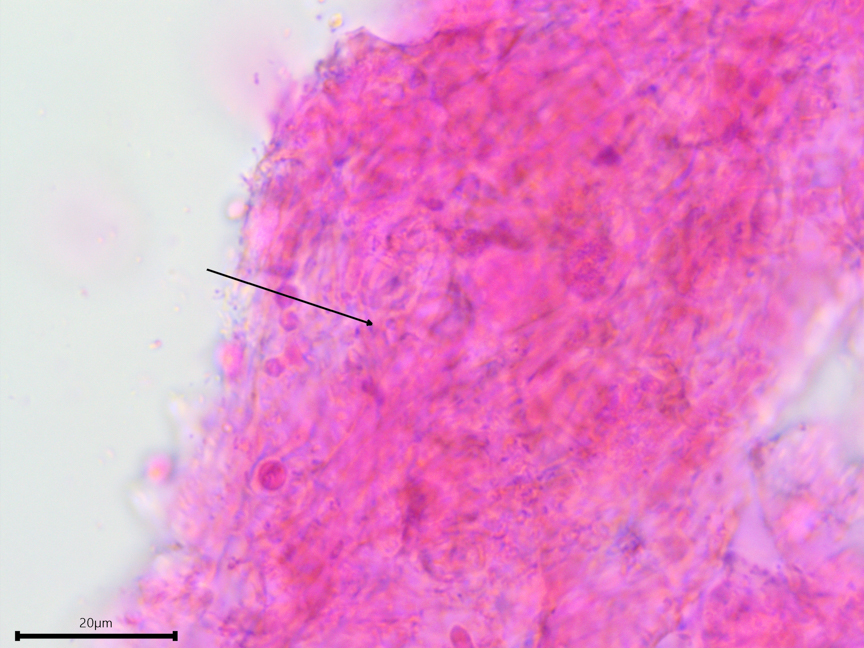 Hyphae are very difficult to discern. The arrow is pointing to a clamp connection. 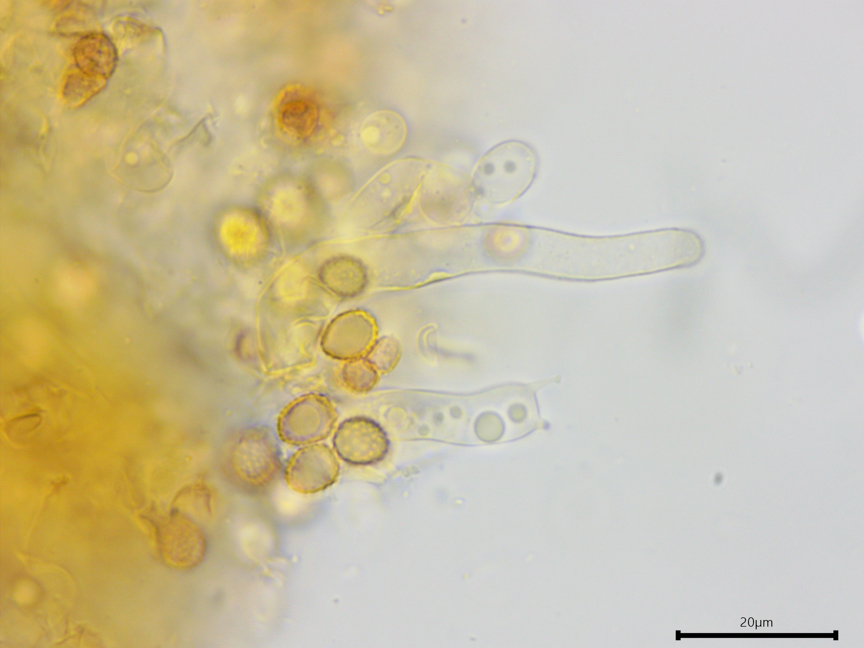 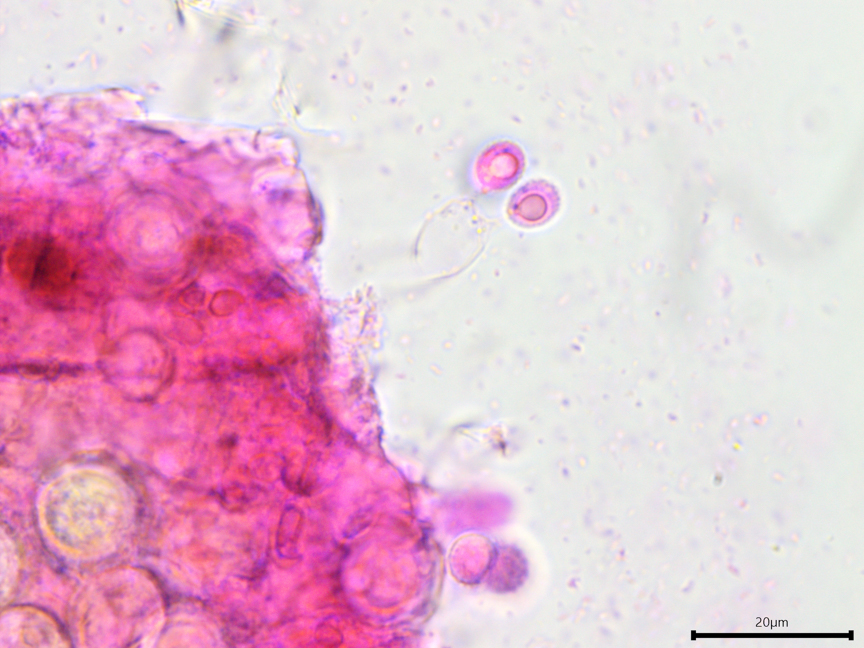 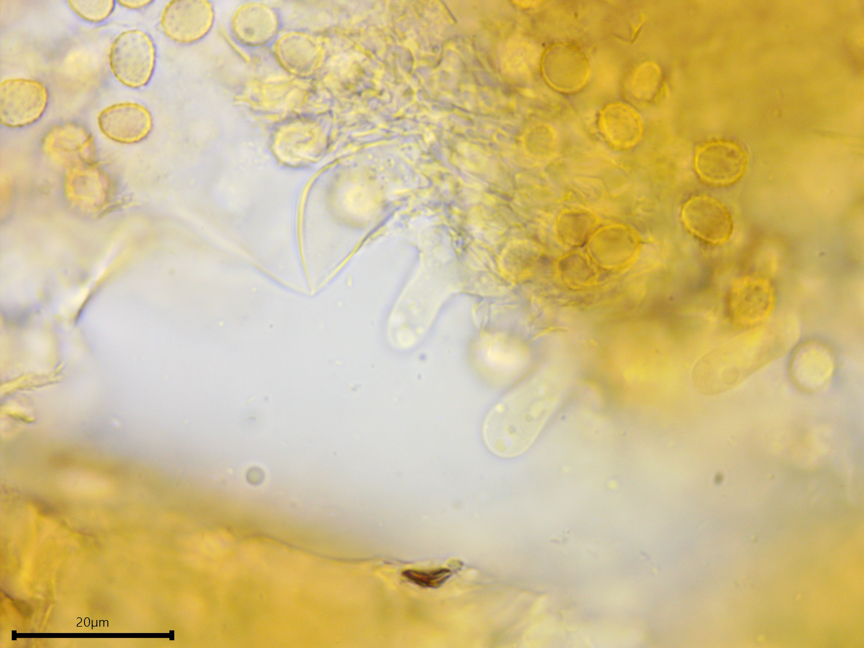 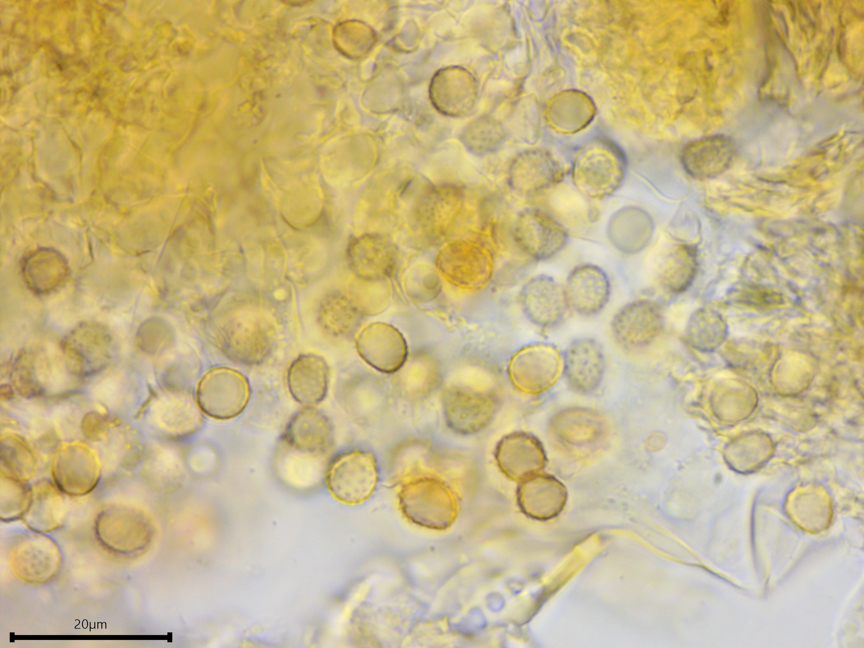 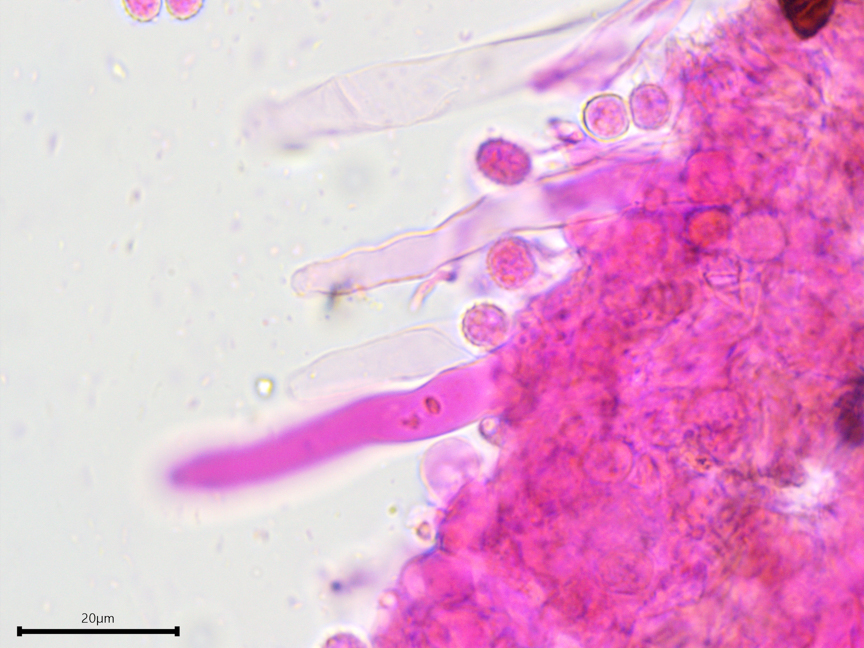 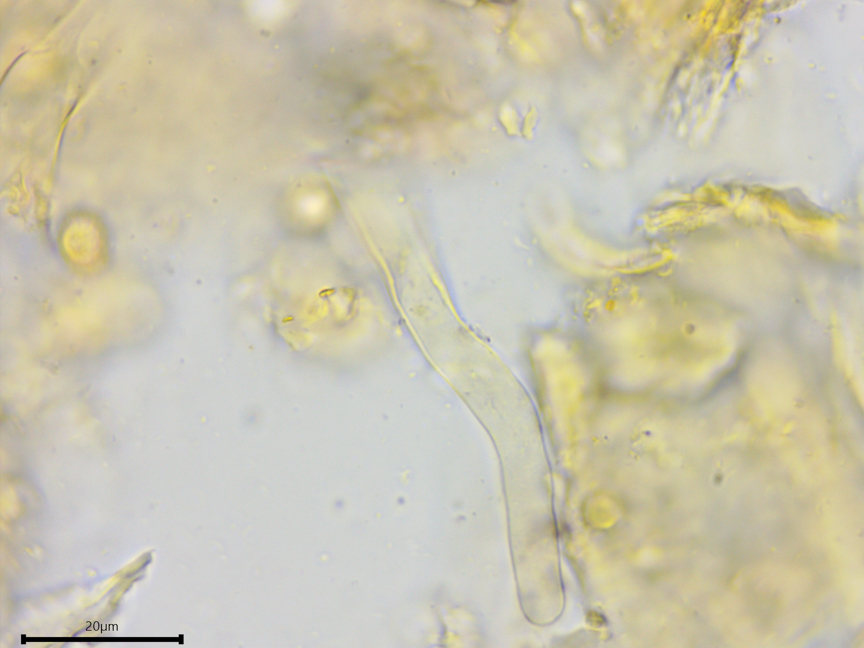 Leptocystidium showing slight thickening of the cell wall towards the base.