Only in the past twenty years or so, molecular ecology studies have shown that crusts can be major components of ectomycorrhizal communities, particularly in coniferous forests. The importance of this fascinating group of crusts is belied by their simple and overlooked fruiting bodies, which often grow on organic debris even though they are not thought to be consuming it. In a momentous study for the field, Rosenthal et al. (2017) collected crusts across 60 pine and spruce forests in North America and compared DNA sequences from the fruiting bodies to DNA sequences acquired from ectomycorrhizal root tips. Based on high DNA sequence similarity between these samples, they confirmed that Trechispora stellulata is indeed ectomycorrhizal.

From a morphological standpoint, Trechispora crusts have fragile basidiomata, short basidia, and ampullate hyphae (Liberta 1966). The small, ornamented spores of Trechispora stellulata remind me of little sunchokes and are a defining characteristic for this species.

Ecology: Ectomycorrhizal with Pinaceae trees (Rosenthal et al. 2017), widespread across the temperate Northern Hemisphere. The documented specimen was found on the underside of pine duff. 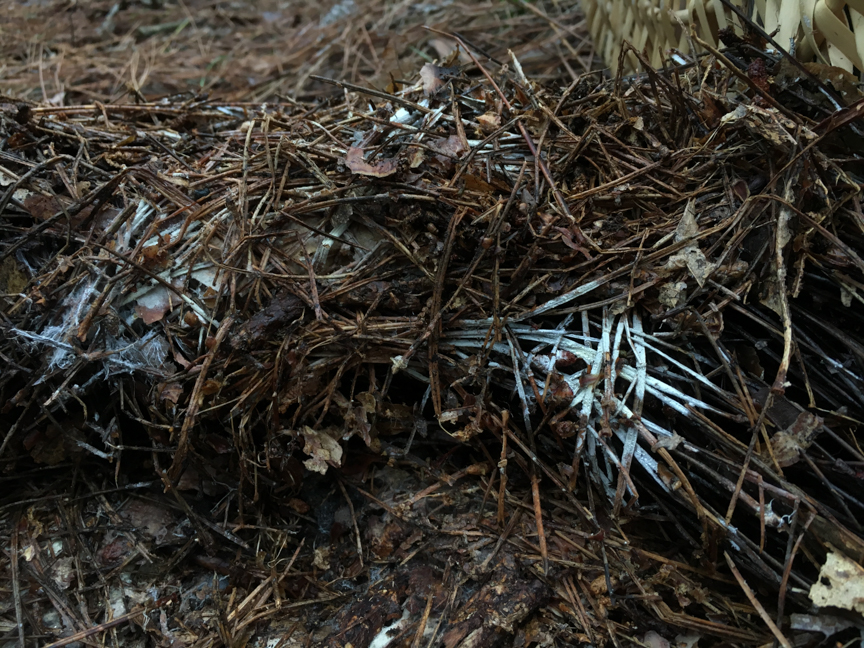 When a crust is growing on the bottom of leaf debris like this, it is a pretty good indicator that it might be ectomycorrhizal. 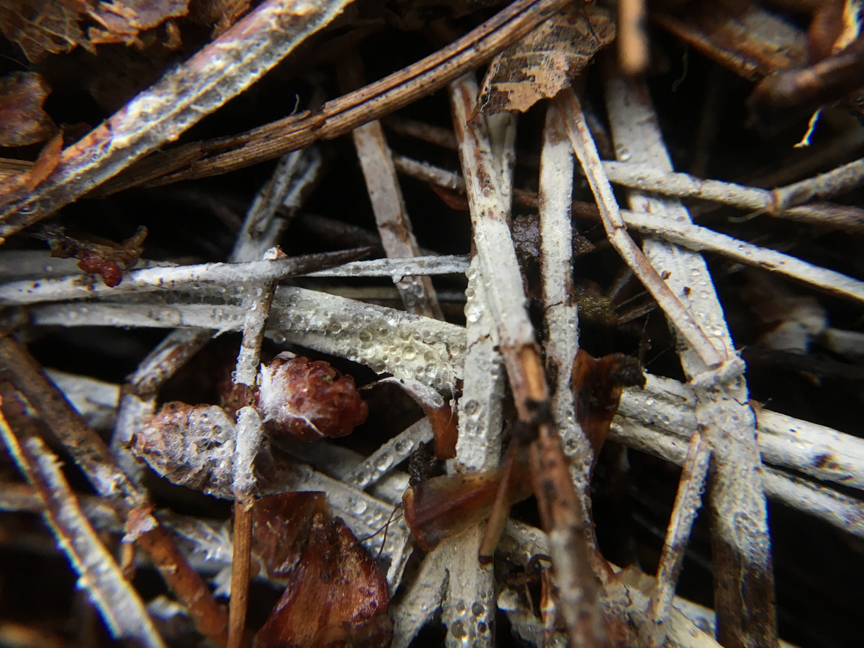 A few deciduous leaves were present; the crust grew on both. 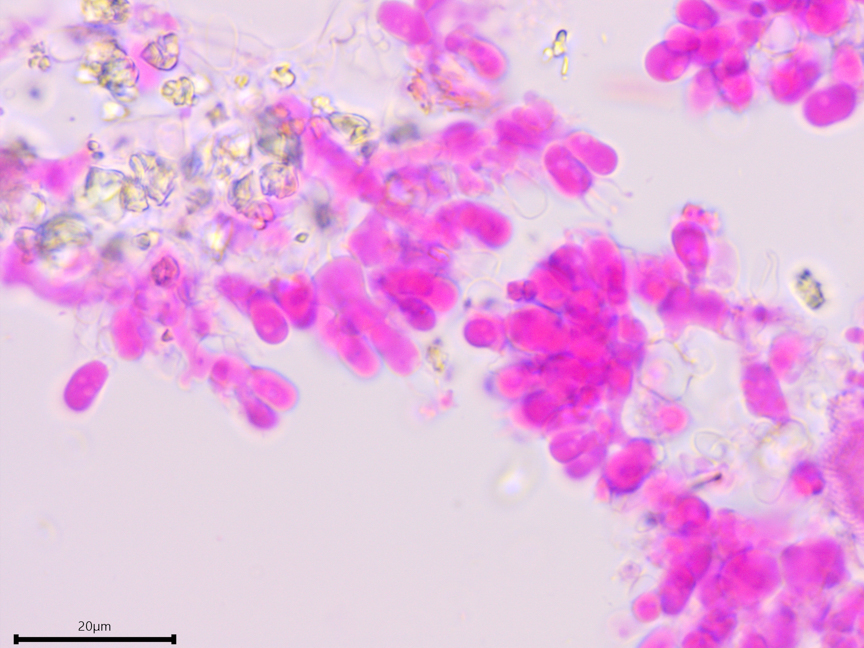 Short, cylindrical basidia with four stergimata and hyphae with encrustations. 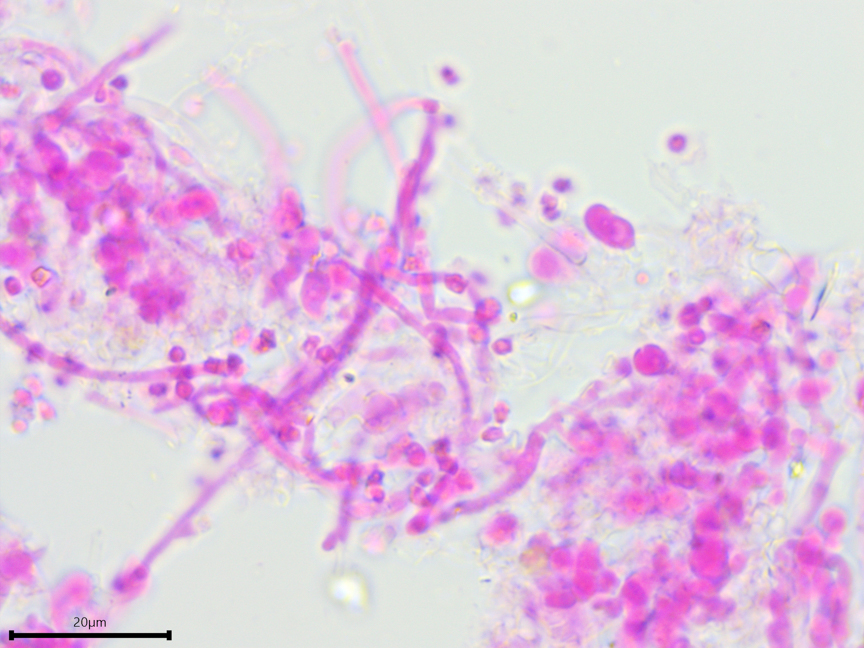 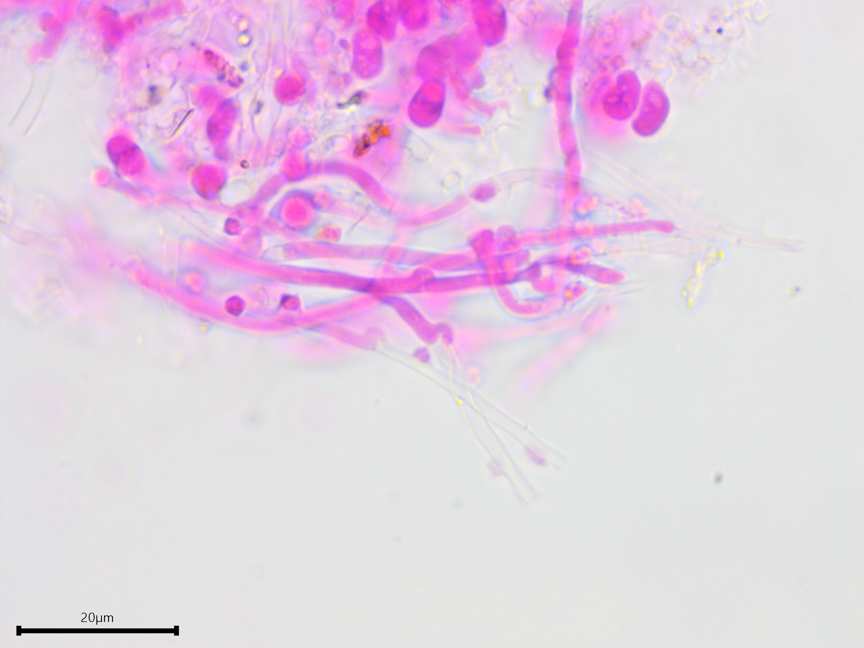