Sarcoporia polyspora is an effused-reflexed, poroid crust that produces brown rot on downed conifer and hardwood logs. Macroscopically, it is characterized by a soft, cream-colored hymenophore that bruises reddish brown over a few minutes. Under the microscope, its dextrinoid spores separate it definitevely from lookalikes such as Postia spp. Sarcoporia polyspora is considered very rare in Europe and South America, but more common here in North America (Baldoni et al. 2015, Vlasák et al. 2015, Vlasák and Kout 2010). Despite its broad range and widespread occurrence in Northeastern North America, this specimen is only the second reported from Michigan, the first having been collected in 1911 by mycologist Calvin Henry Kauffman (MyCoPortal Map, accessed December 15, 2020).

Thank you to Alice Hill, an undergraduate student in the Univeristy of Michigan 2020 fungal biology course, for finding and documenting Sarcoporia polyspora and preserving her collection for the MICH fungarium.

Ecology: Growing on the underside of a decorticated rotting log in a hardwood forest clearing; primarily reported on conifers.

Basidiocarp: Effused-reflexed, poroid, cream-colored, bruising reddish brown over a few minutes with up to four pores per mm; very moist and soft when fresh, brittle when dry, breaking with the appearance of fiberglass; the context contains a gelatinous layer, which is useful for identification in the field, and is seen as thick darker layering in the dried basidioma; margin fimbriate.

Notes: All structures measured in 5% KOH stained with phloxine B. 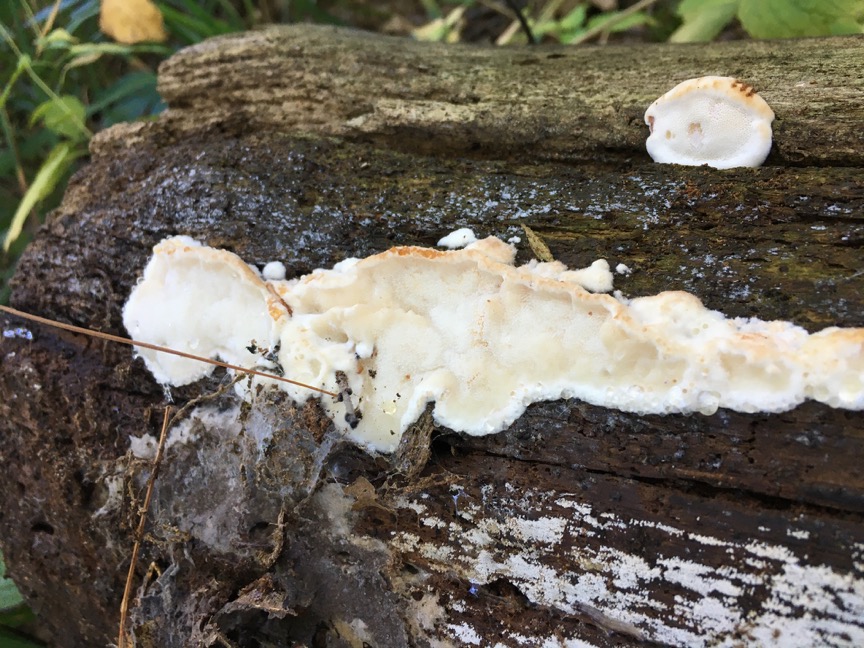 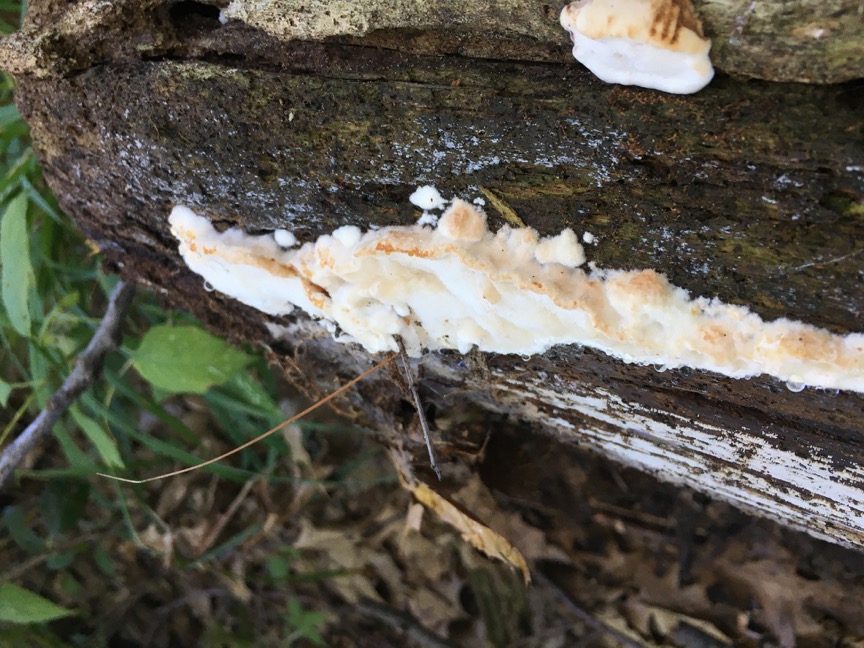 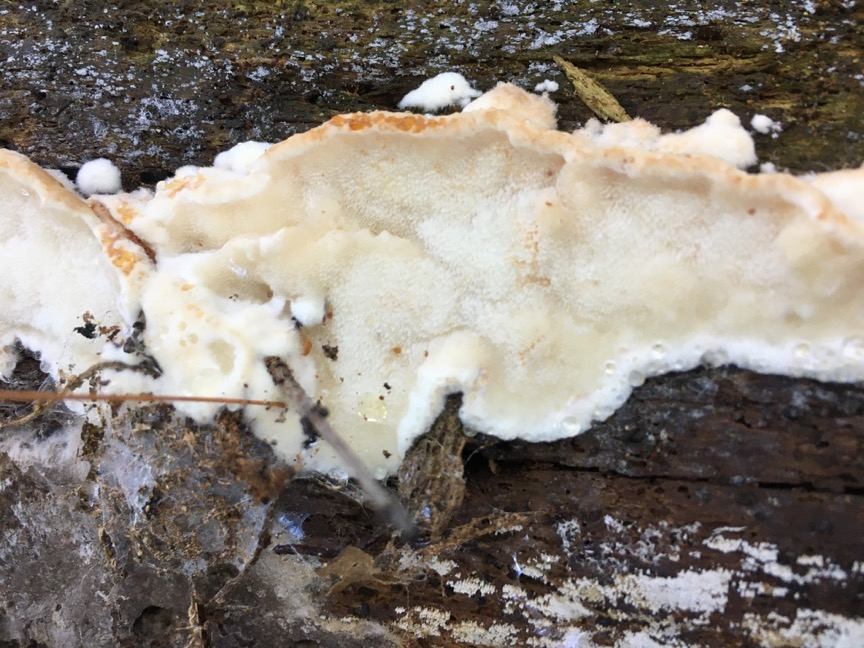 A closer look at the pore surface. Photo by Alice Hill. 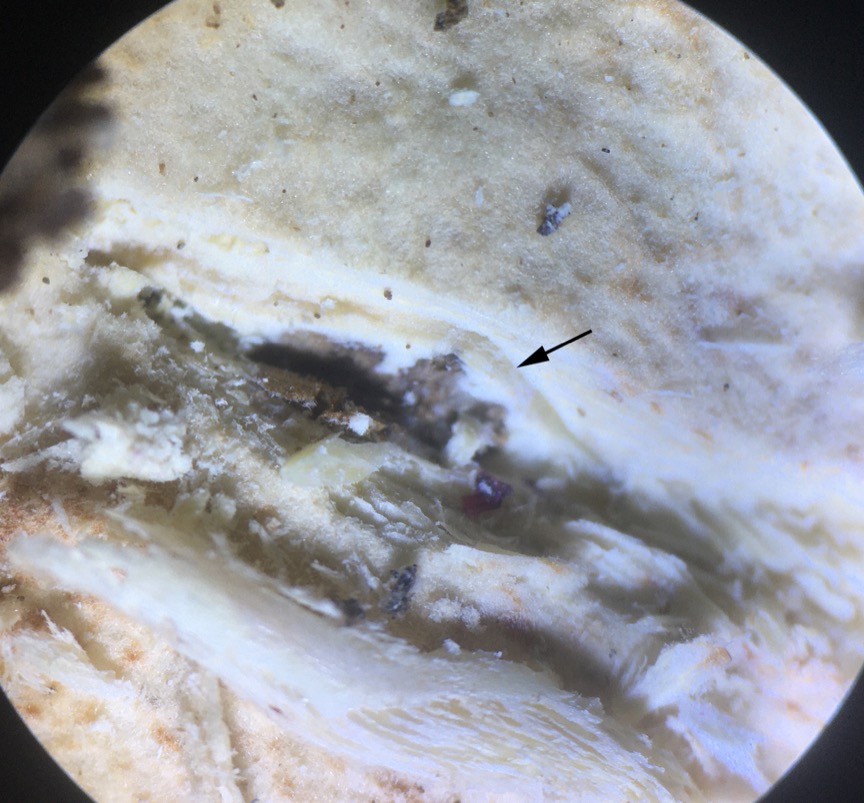 Layer of gelatinous hyphae in the dried basidioma. 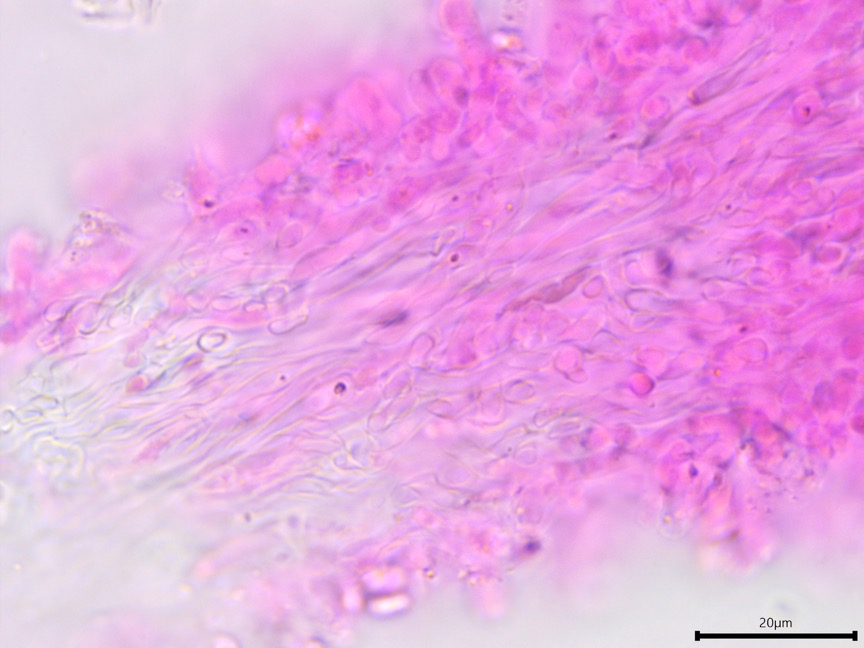 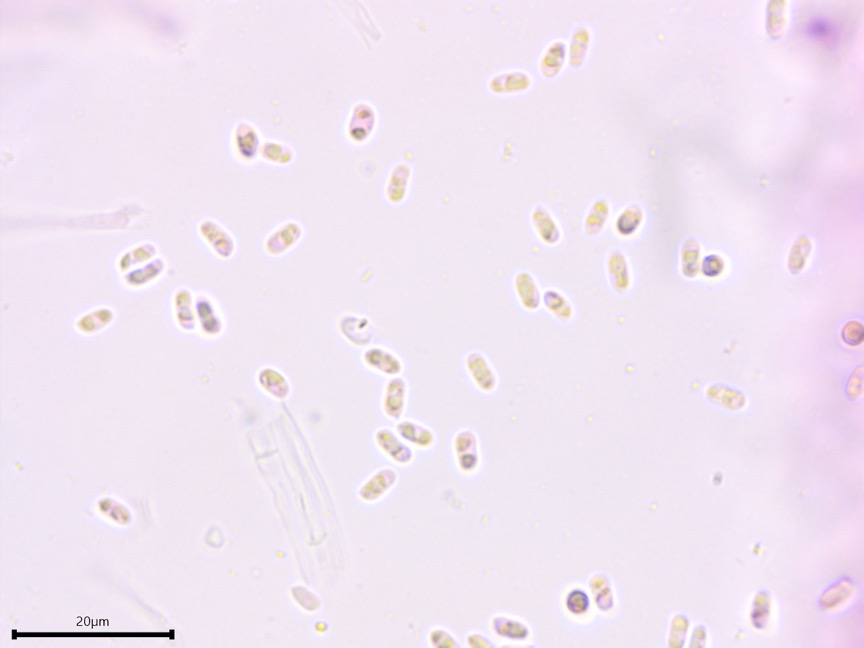 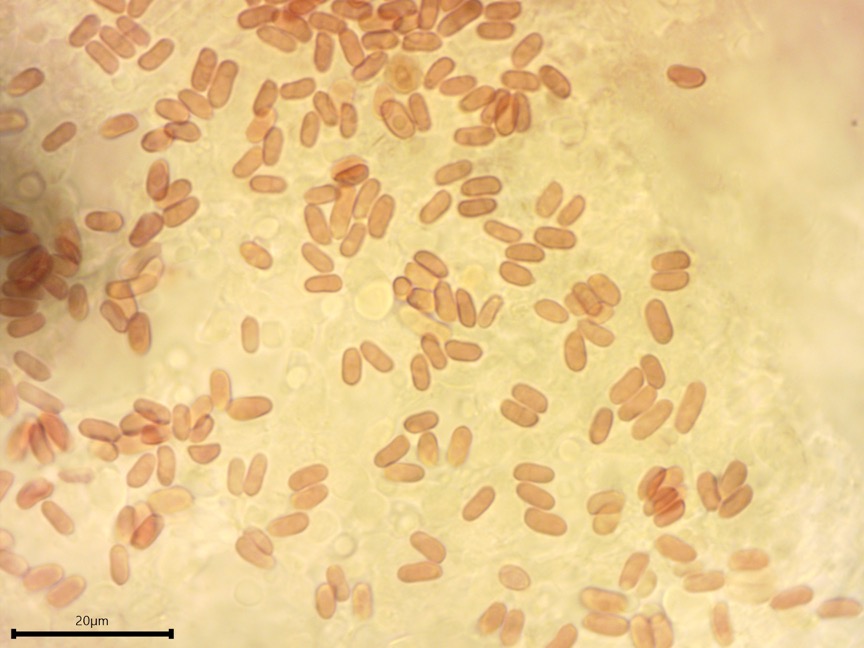 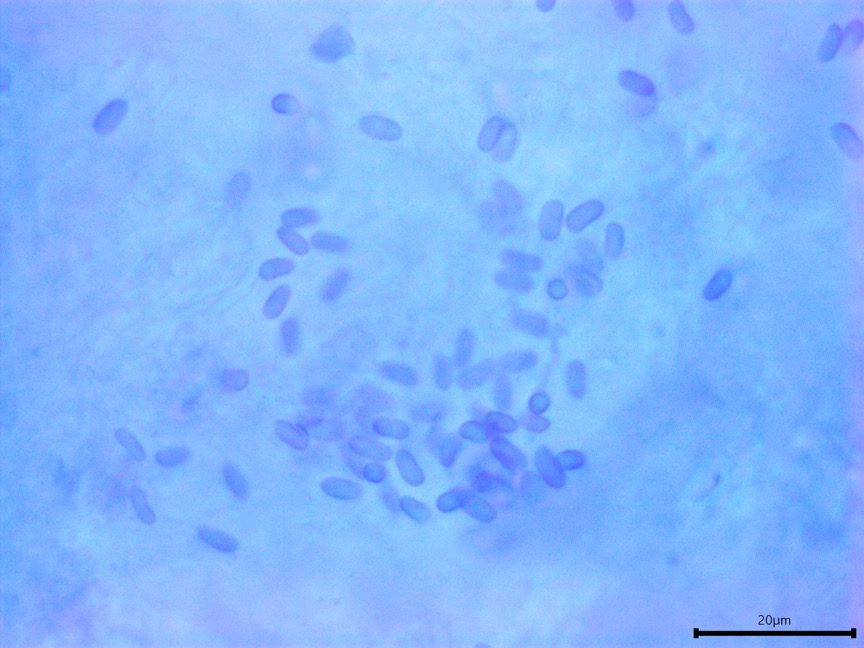 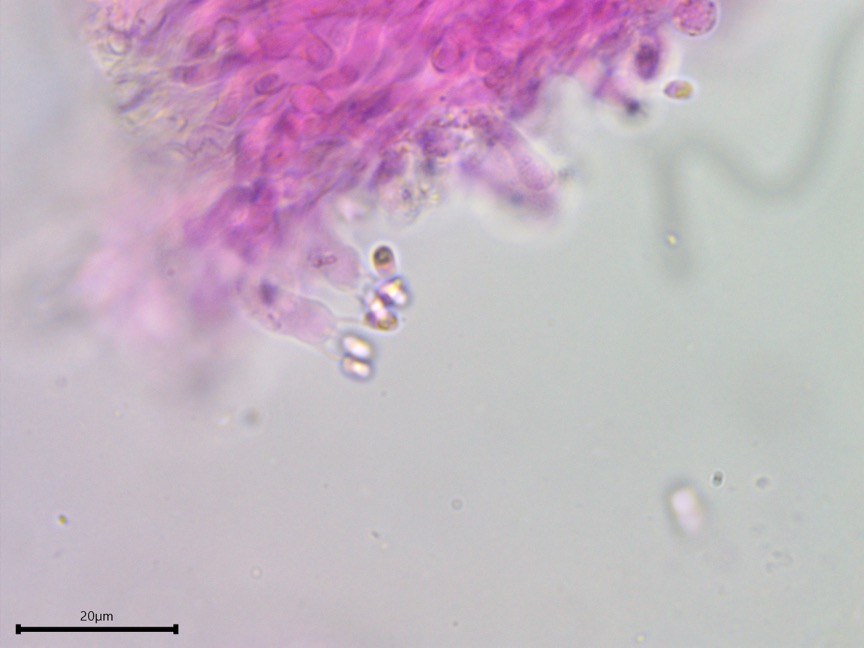 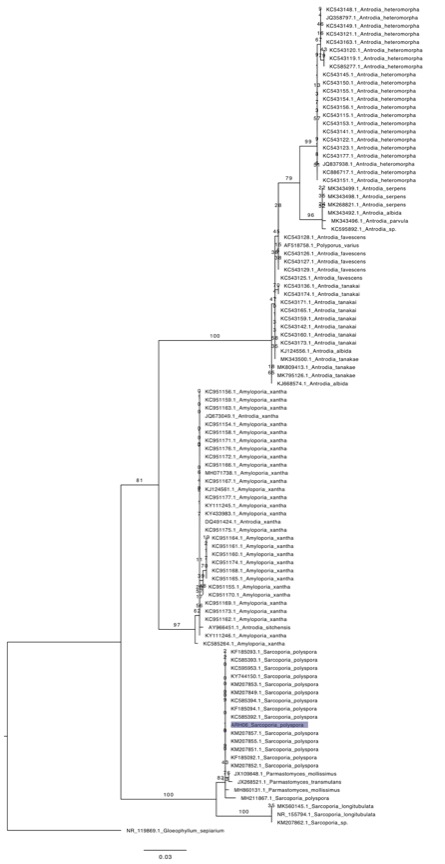 Phylogenetic tree of ITS rDNA sequences from the studied specimen (highlighted) and top 100 BLAST hits of vouchered specimens on GenBank. The sequences were processed with ITSx to remove the flanking SSU and LSU partial sequences, aligned in SeaView with MUSCLE, cleaned up with GBlocks, and made into a tree with RAxML using 100 bootsrap replicates and the GTRGAMMA substitution model. Gloeophyllum sepiarium serves as the outgroup.