To my knowledge, nobody has tried eating tree bacon, but when you peel a line of these mushrooms off a log, the strangely flappy, rubbery fruiting bodies seem like they'd fit right in on a sizzling hot pan. I am unsure how common Punctularia strigosozonata is in North America, but this was my first time finding this distinct crust, and it is reported as rare in Europe (Bondartseva et al. 2000). The wrinkled hymenophore and gelatinous to ceraceous consistency are reminiscent of Phlebia species in Meruliaceae (Polyporales), but Punctularia strigosozonata actually belongs in Corticiales, in the family Punctulariaceae, which only contains two other genera.

As a white-rot fungus, Punctularia strigosozonata has received research attention for its powerful lignin-degrading enzymes. To better understand the evolution of wood decay, mycologists analyzed 31 genomes, including that of Punctularia strigosozonata, and found that the common ancestor of Agaricomycetes was probably a white-rot species (Floudas et al. 2012). In this same study, it was estimated that lignin-degrading enzymes evolved around 300 million years ago. This timing supports the hypothesis that the evolution of lignin in plants was what caused massive coal deposits to form in the Carboniferous period and the evolution of lignin degradation by white-rot Agaricomycetes some time later was what subsequently ended the era of coal. 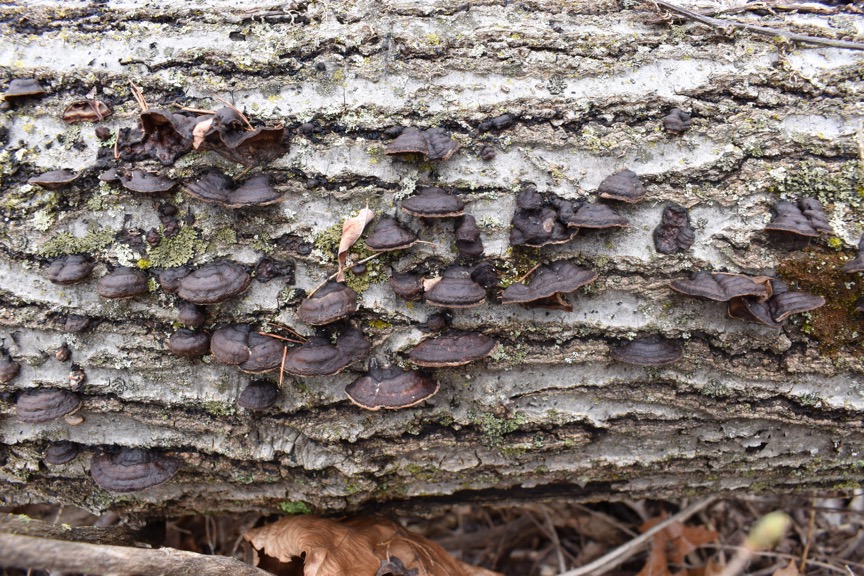 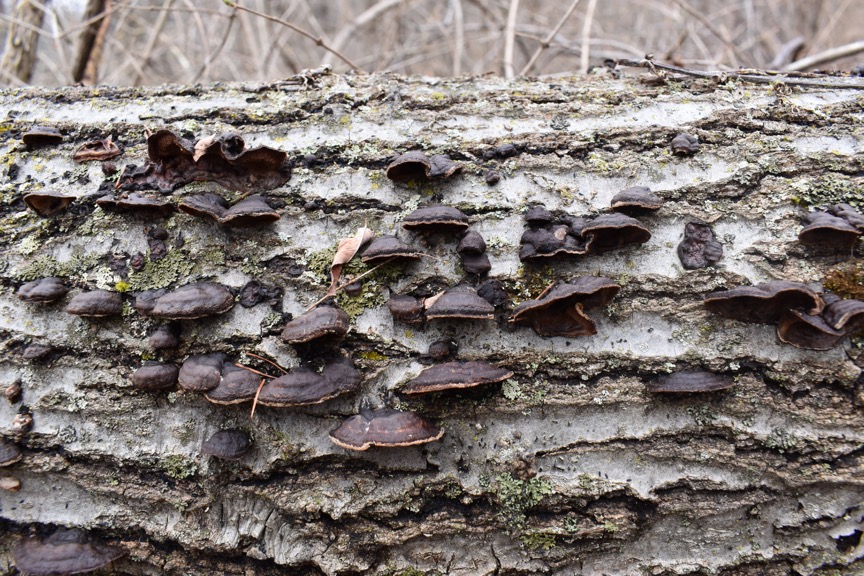 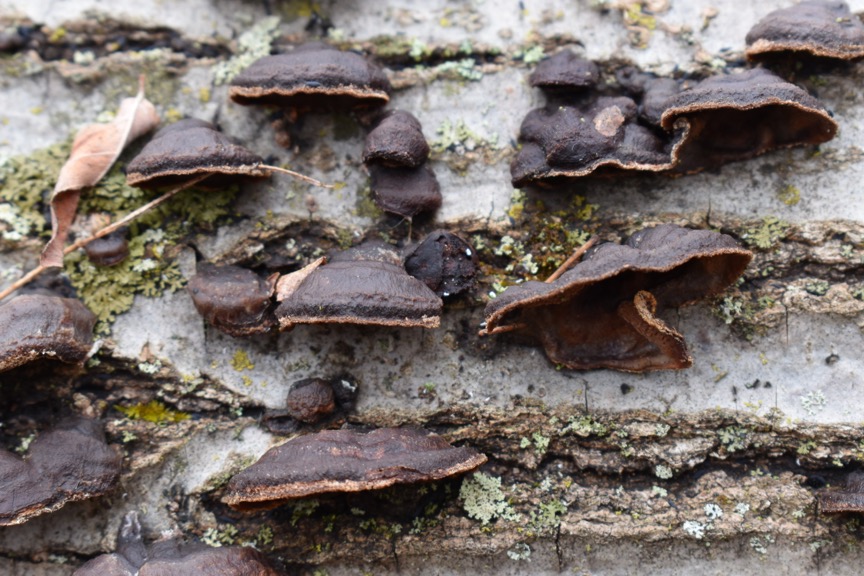 The cap margin is a different color than the rest of the cap. 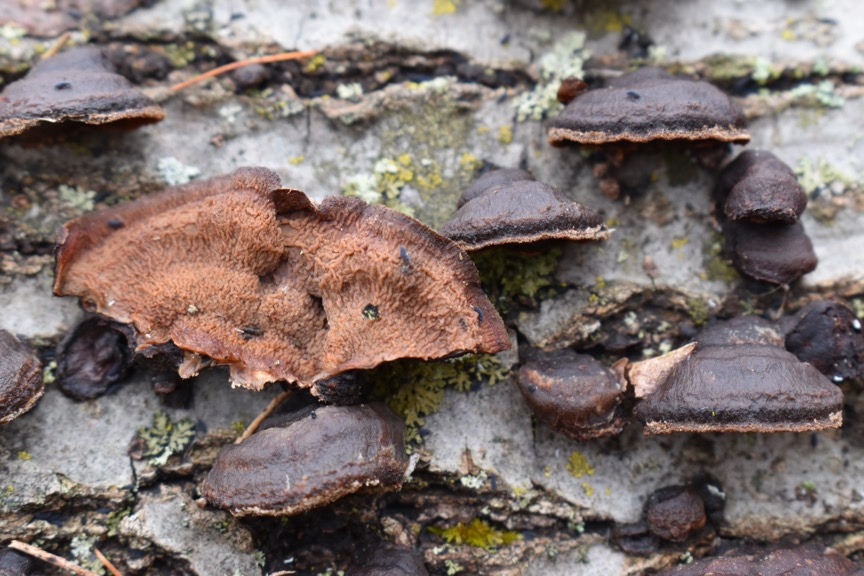 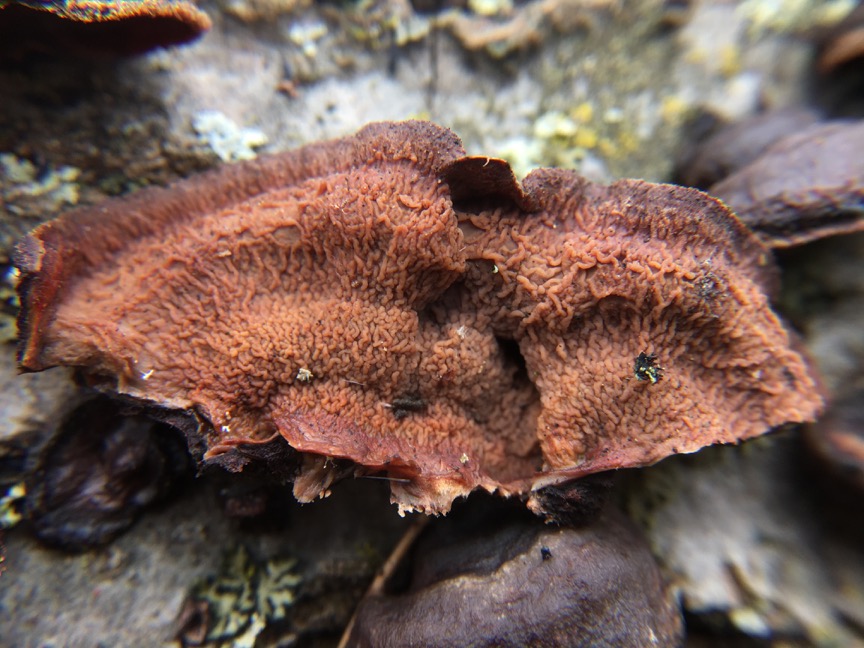 The hymenophore is radially wrinkled. 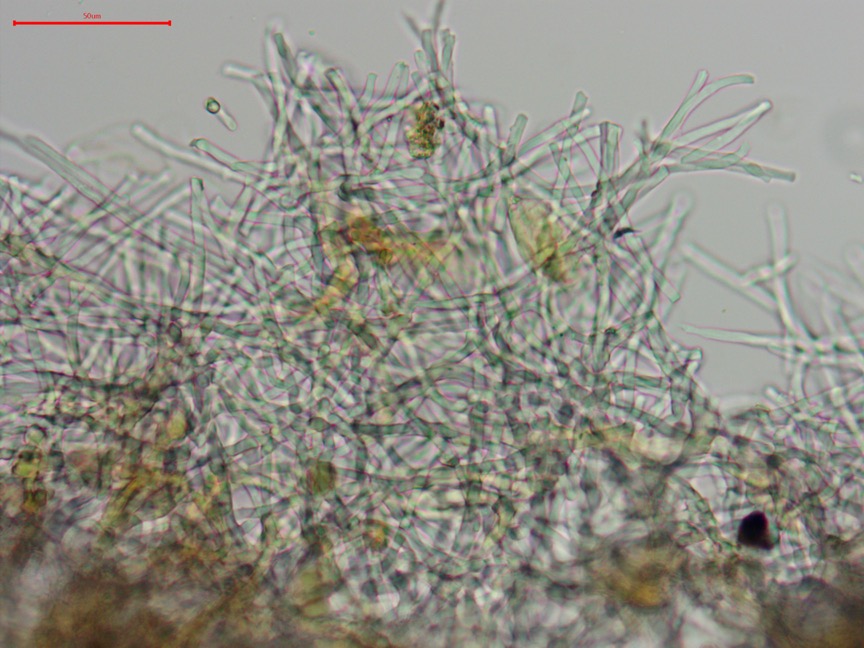 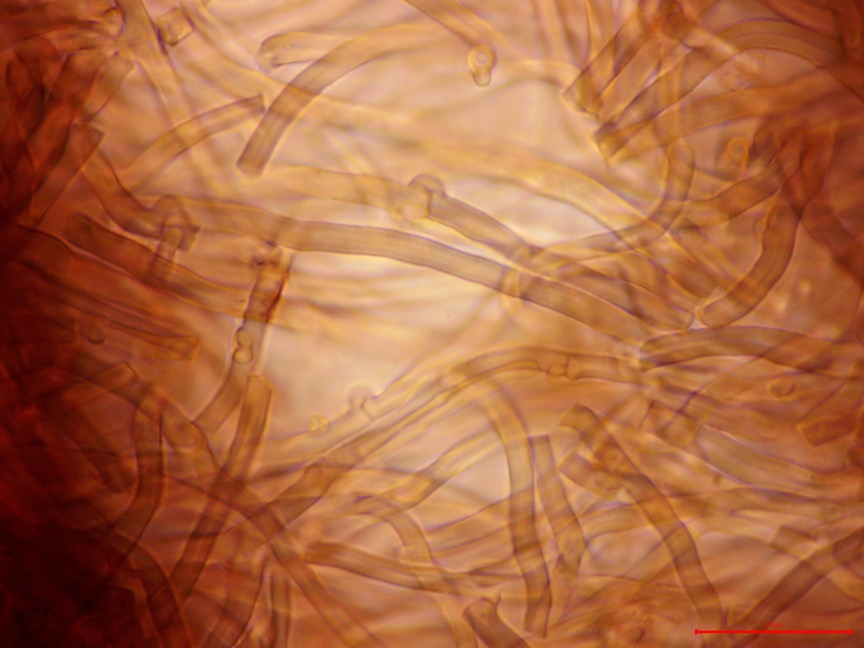 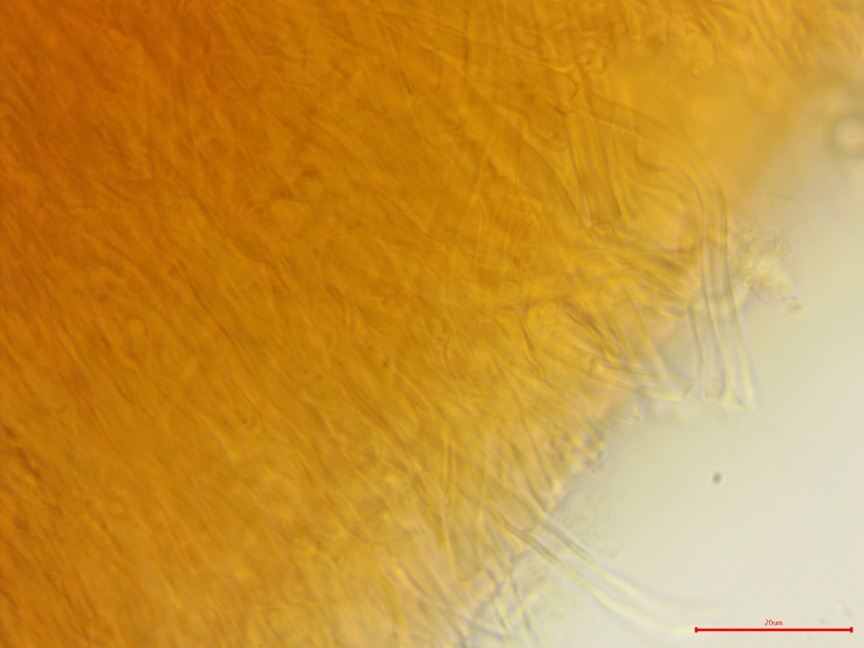 Thick-walled hyphae in the trama. 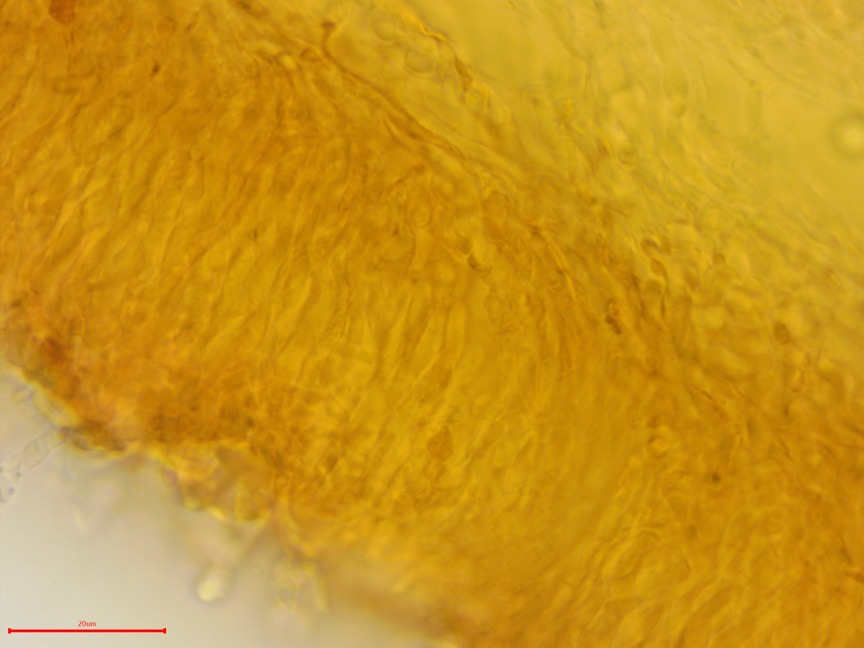 Subhymenial hyphae running into the hymenium. 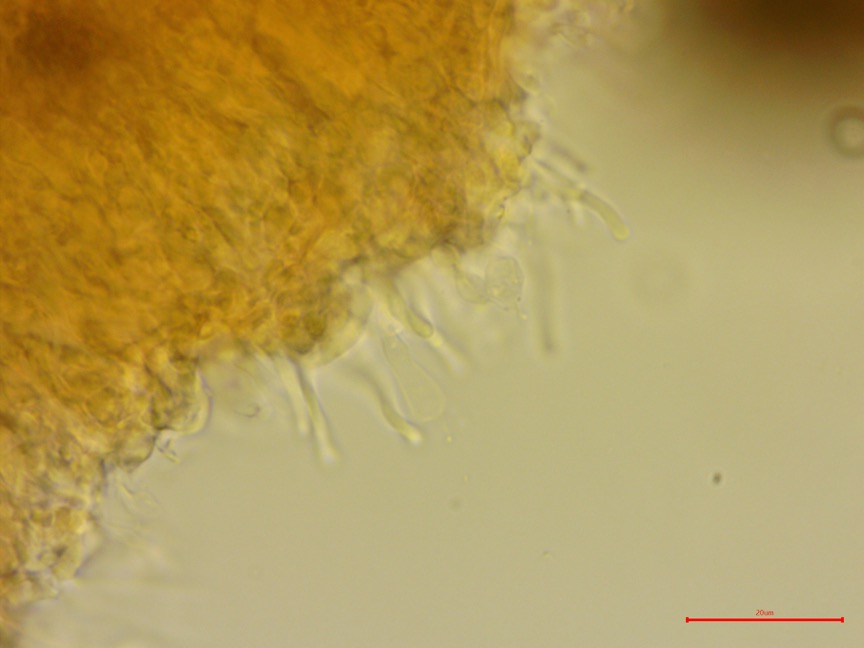 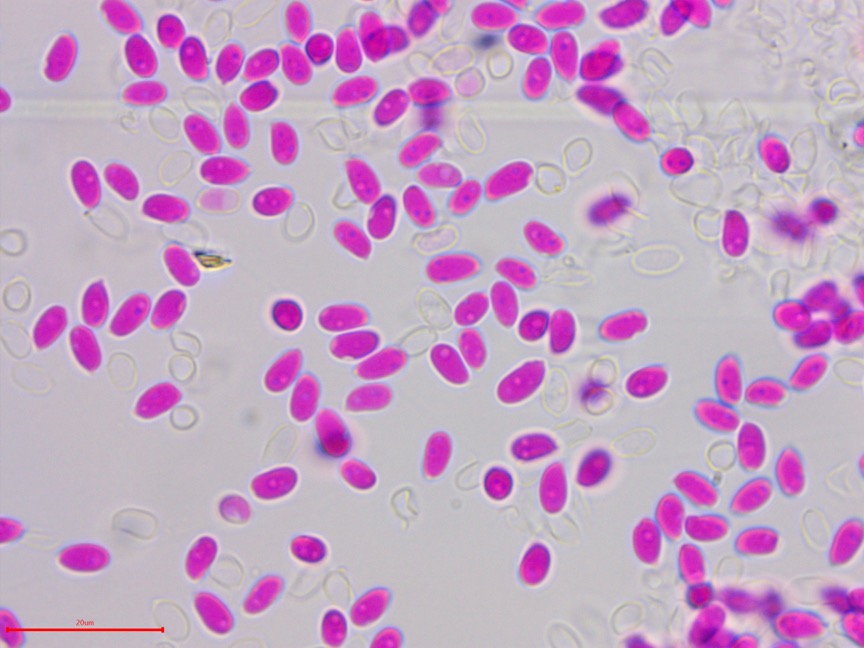 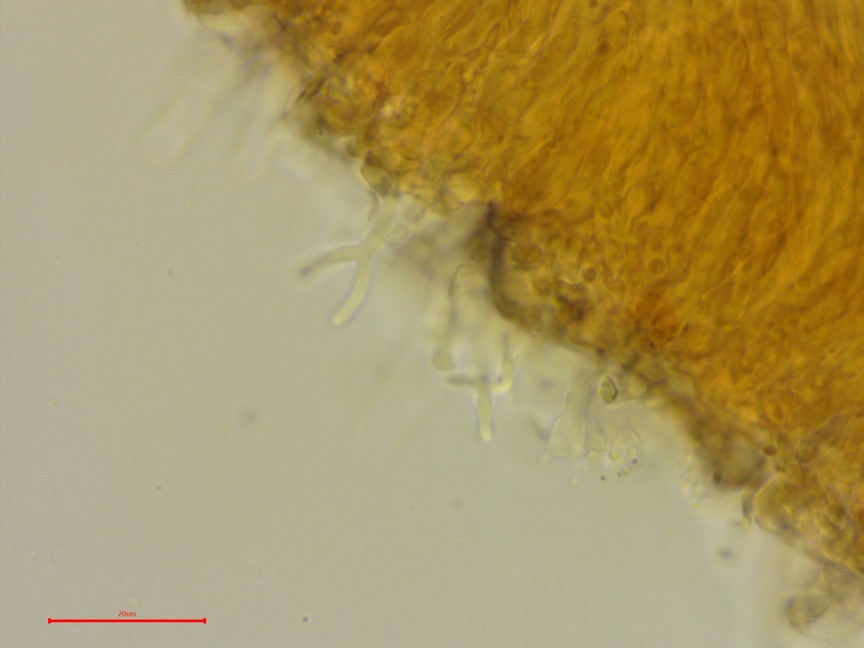 A look at projecting dendrohyphidia. 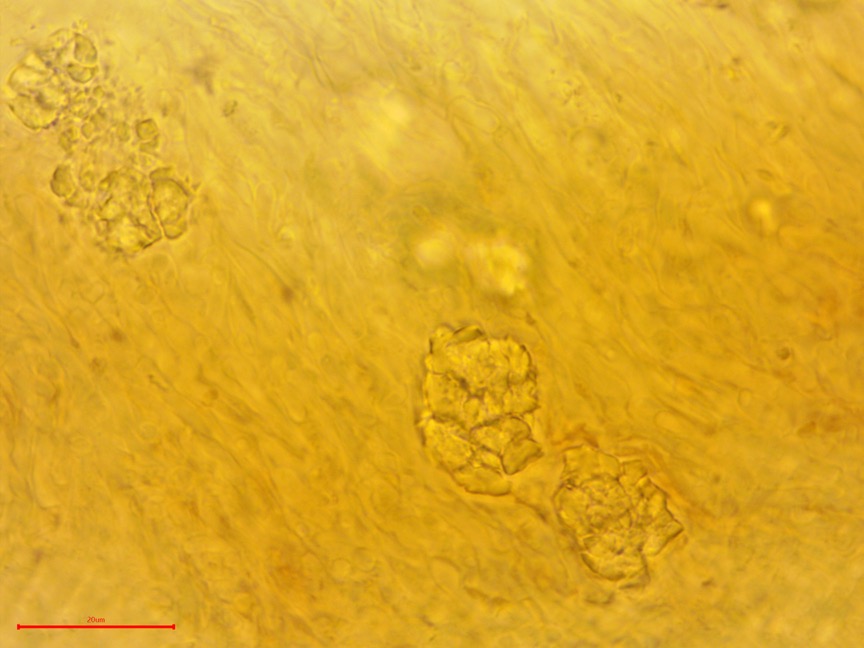 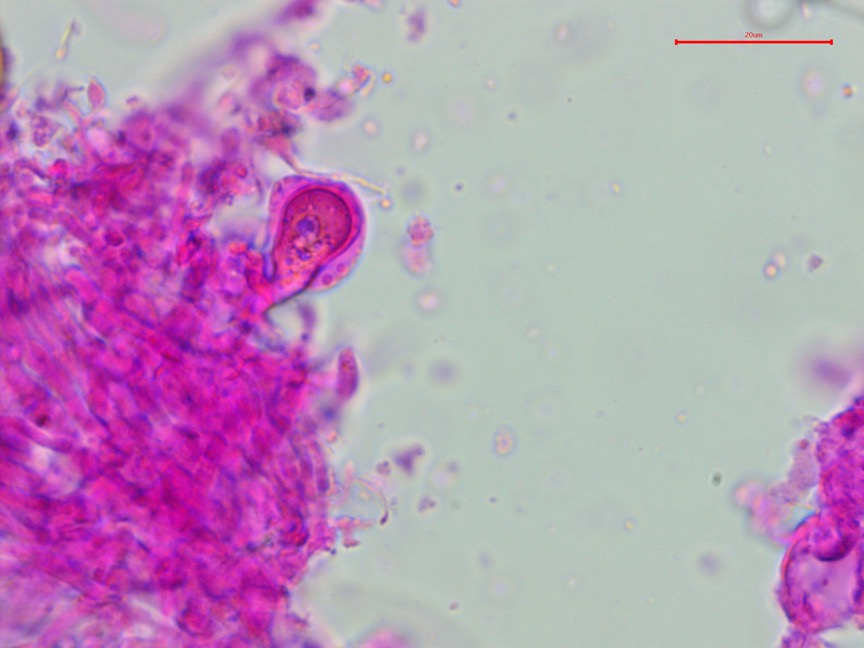 I only observed one of these strange structures.