This widespread crust is actually closely related to gilled mushrooms, a prime example of the rapid transitions in fungal morphology that occur through evolution. Cylindrobasidium evolvens sometimes takes on a pendulate or "cucullate" (hooded) form, particularly in the winter, which was originally described as the rare Cladoderris minima Berk. & Broome in 1878 before being recognized as Cylindrobasidium evolvens by Reid in 1959 (Mattock 2014).

For a time, researchers were excited about the prospect of using Cylindrobasidium evolvens as a biocontrol agent of Acer macrophyllum (bigleaf maple), which is treated as a weed in Pacific Northwest conifer plantations. During a backpacking trip through the Quinault Valley of Olympic National Park, old-growth bigleaf maple trees stunned me in a deeply aesthetic and spiritual way with their massive leaves, vast stretching branches, and mossy canopies. It is hard to fathom them being chopped down and sprayed like a weed. Although Cylindrobasidium evolvens is closely related to the destructive plant pathogenic genus Armillaria, it failed to check the growth of bigleaf maple trees, which suggests it's truly just a saprotroph (Lohbrunner 2001, Purewal 2004).

Ecology: Common and widespread saprotroph on hardwood branches and trunks.

Basidiocarp: Soft and membranaceous basidiome; orbicular, resupinate, or effused-reflexed with a small pileus, commonly growing on vertical substrates; top of caps tomentose and white; hymenium smooth to tuberculate, cream colored, cracking when dry or in age.

Sterile structures: Leptocystidia present, but not so distinct from probasidia; reported as 50–80 v 5–8 µm, fusiform, thin-walled, not encrusted, enclosed or slightly projecting beyond hymenium. 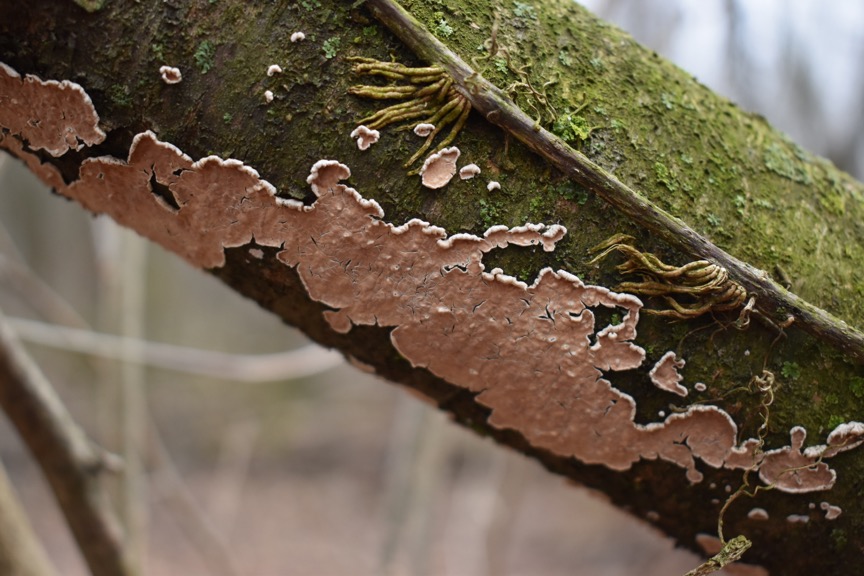 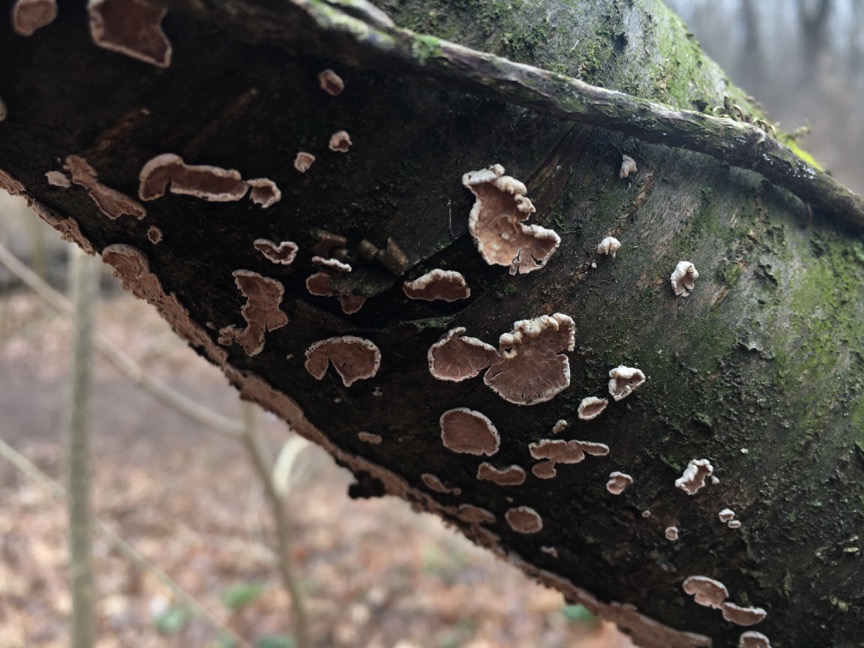 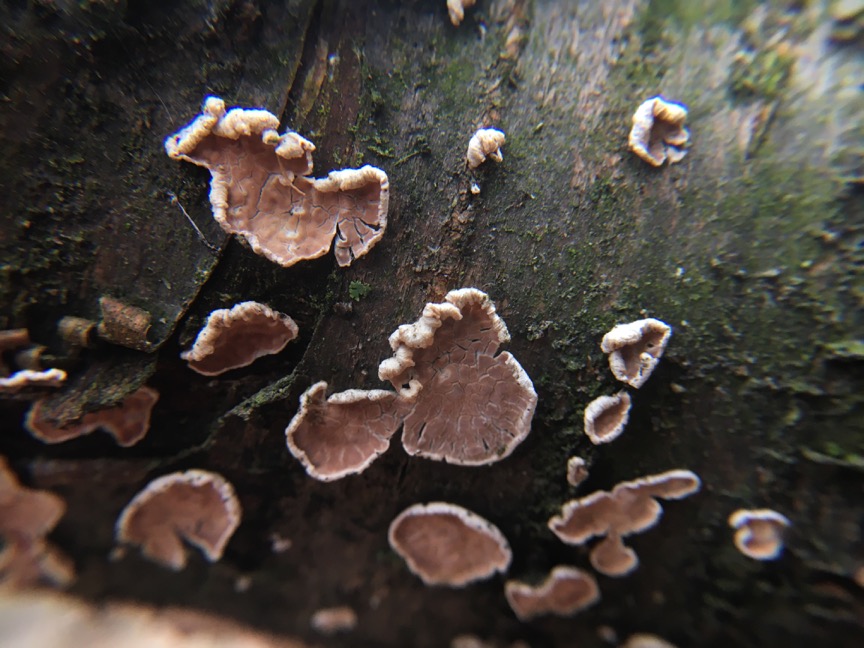 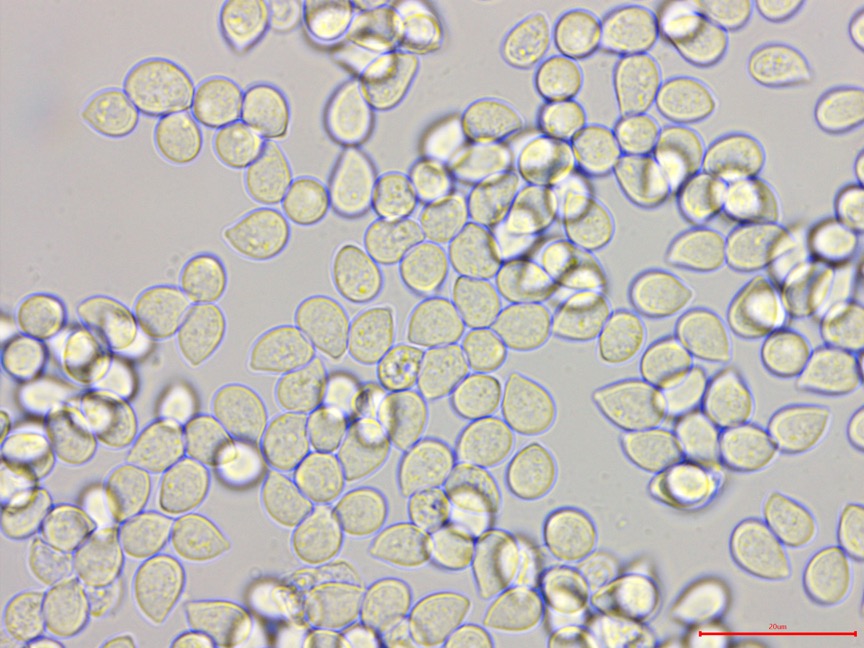 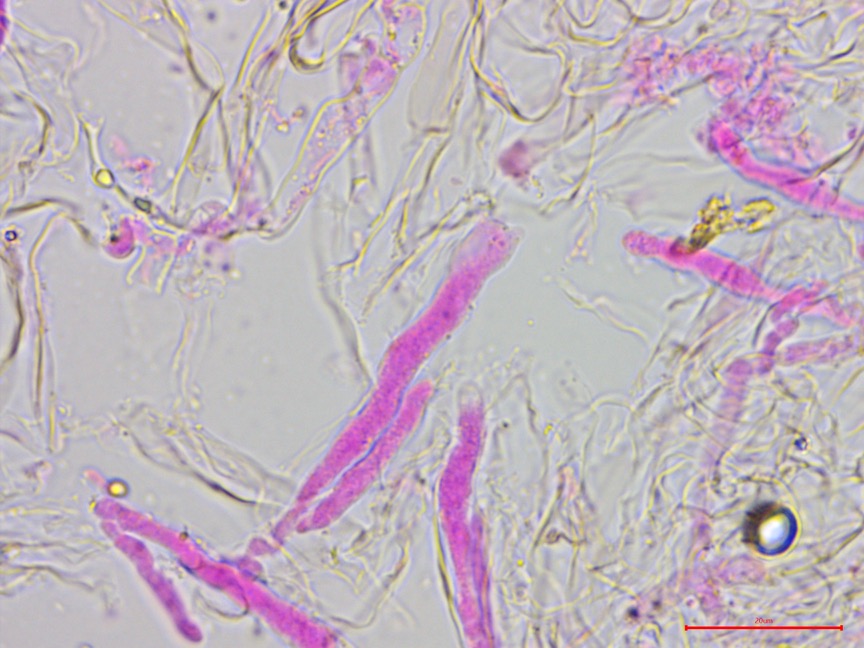 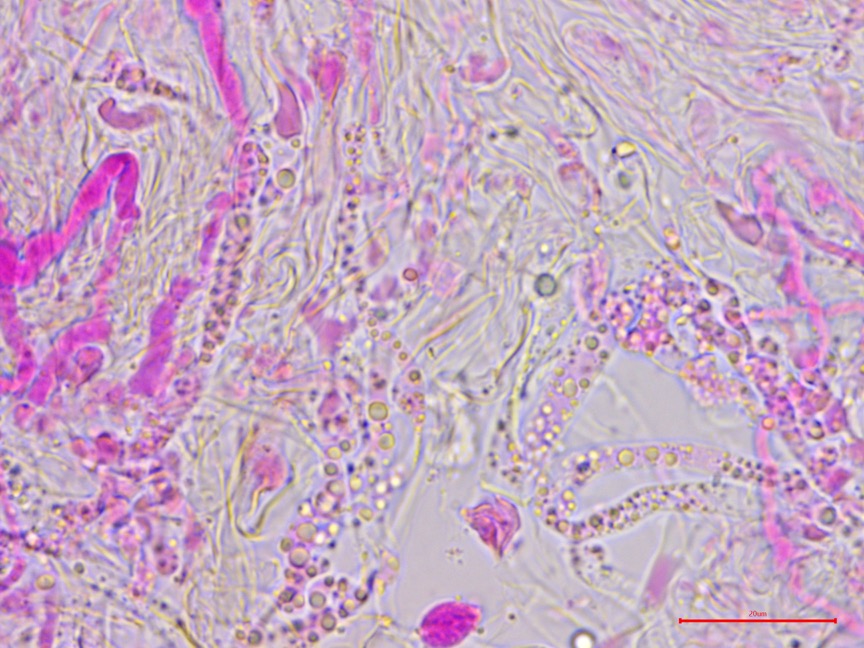 Abundant oil droplets in the cytoplasm of the hyphae. 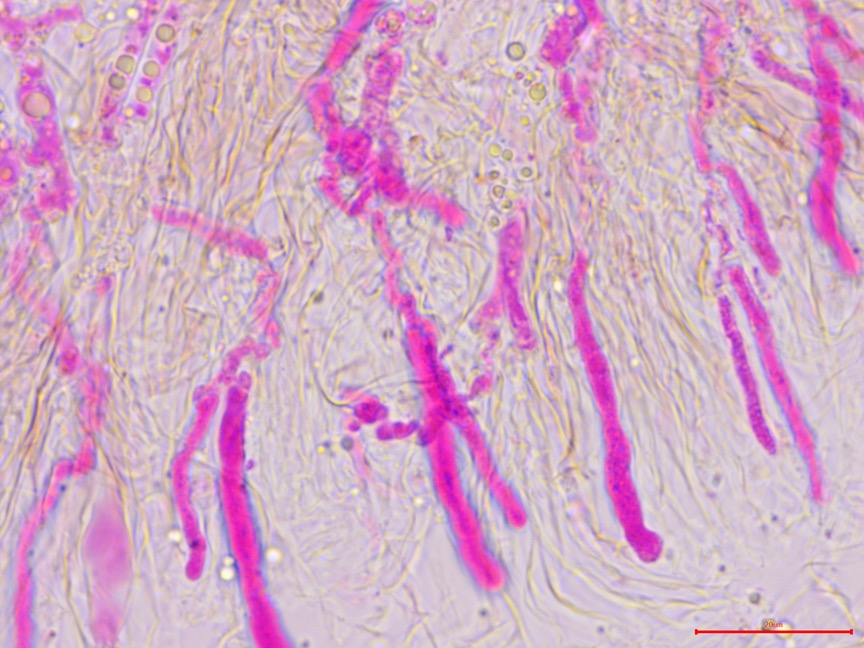 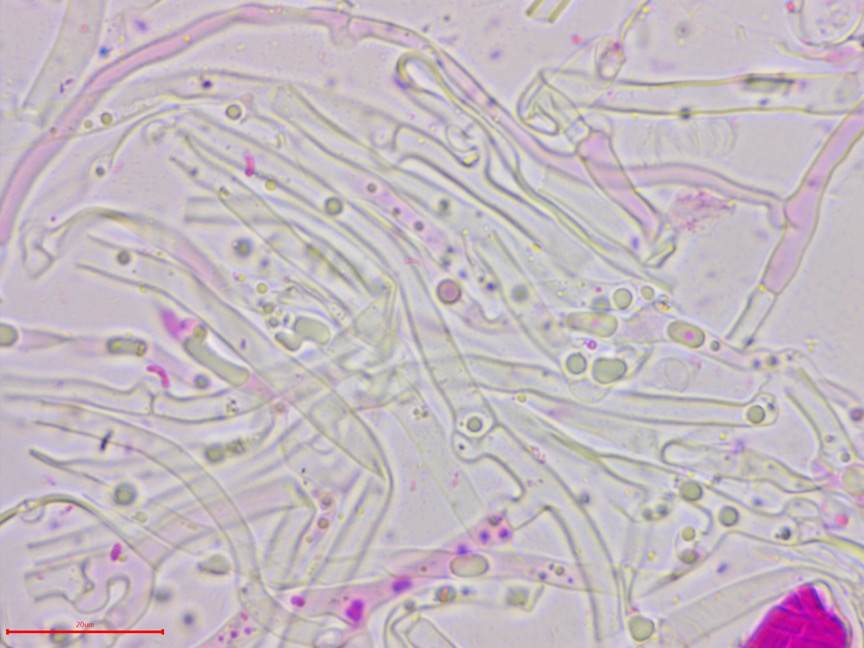